Over the last few days some of the eggs have been hatching around the Islands, with the first Guillemots being spotted on Staple Island the other day. We have Eider Duck chicks now leaving the Farnes and we saw the first ones make it back to the harbour the other day but unfortunately they did not make it, but others have started to arrive now so fingers crossed they will make it to adult size.

The Shags chicks are everywhere now and still more to come. Kittiwakes have also been spotted and the big one of them all is the Puffin. We don’t see the chick as it is in it’s burrow but I saw the first Puffin on the edge of the rocks with sandeels in its bill so there must be a puffling’s down the burrow somewhere which is great to see.

Bring it on, and hopefully I will get a chance to get some good pictures this year. 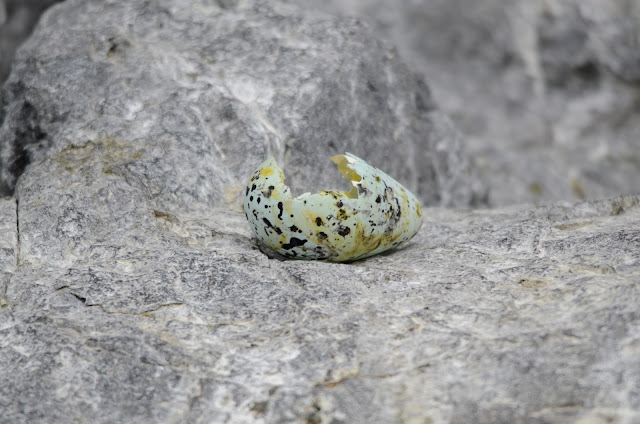 I think this Guillemot egg has been broken into by a gull but it shows you the shape of the egg. 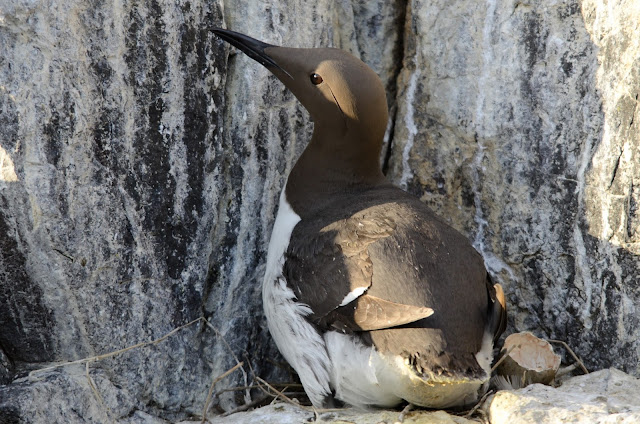 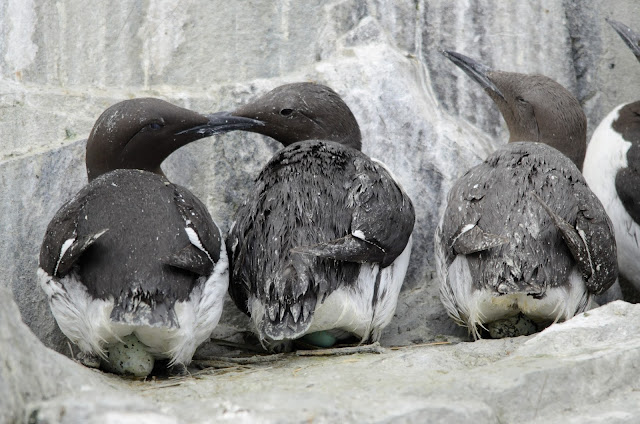 Talk about being shit on from a big height. 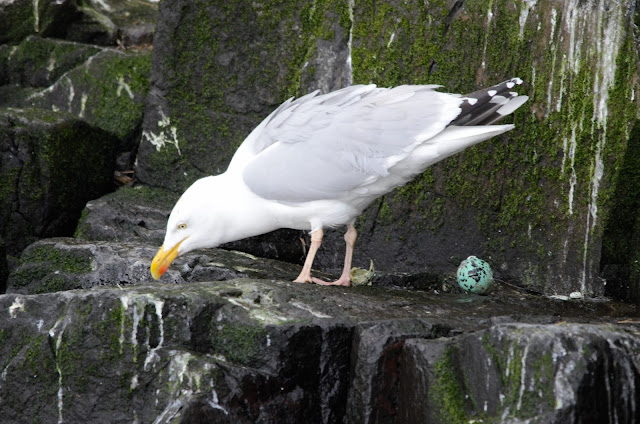 The gulls enjoy an eggs or two and I’m not that keen on seeing this.
Sharing...