It feels like ages since I blogged so I thought I would pull my finger out and get one posted.

Its all gone quite at the Farnes now and even all the Kittiwakes are leaving, but at this time of the year you get to see the Fulmars in all their glory as they use the boat like a spitfire airplane would
have done in the war.
They appear from know where and the next minute they are right beside the boat. In the past they have given a few of our guests a shock as they are so close to them.
They are very impressive the way they turn right at the last minute and then do a full circle around the boat and back again.
They must be enjoying themselves as you can see a little sparkle in their eyes as they guide past the boat, as if to say, “you will never catch me”.

I do like these seabirds and when there is hardly any other birds around, it gives you a good chance to see how graceful they are, and it not until then do you really appreciate the elegance of this wonderful seabird.

On Wednesday 9th, we decided to have a little change. We only had a few people on the landing trip and when they were on the boat we asked them if they fancied seeing some Minke Whales. They all looked at each other and said “Why not”, so of we went out into the big blue.
A friend gave me a tip off so it was a good chance we might hit lucky. After about half an hours steam we can accross Gannets diving and sure enough a minke popped up right in front of us.
Two minutes later another surfaced and boy this was a big one. It must have been about 30ft which is the biggest a minke gets.
They both surfaced three times and then dived. It was a good few minutes before they surfaced again and they were really close to the boat by this time.  I still get a buzz seeing these wonderful mammals and to get two beside each other is great.
I was also talking to another friend and he said that his pots are full of herring eggs, which is another great sign. Minke whales love herring and so do alot of seabirds as we spotted 2 Sooty Shearwaters feeding, a few Arctic Skua’s and lots of Gannets.

After a good show we headed back towards to Farnes were we saw at least 3000 Gannets diving. They were not bothered about the boat at all, as they were more intrested in filling their bellies. Once again another great sight.

I was buzzing, my crewman Andy was buzzing and I could tell our guests were too by the smiles on their faces. Over all a great trip and I was so pleased they said yes to going. 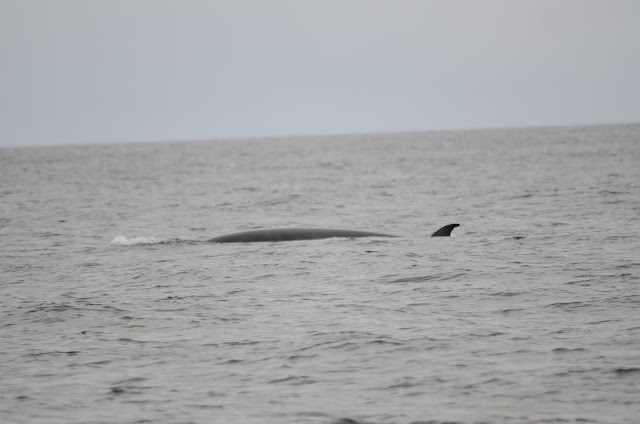 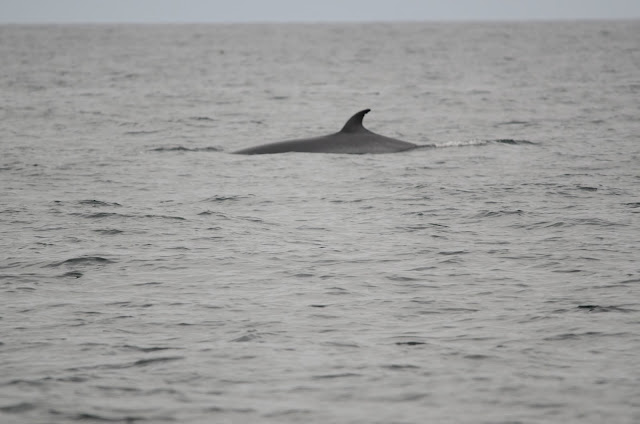 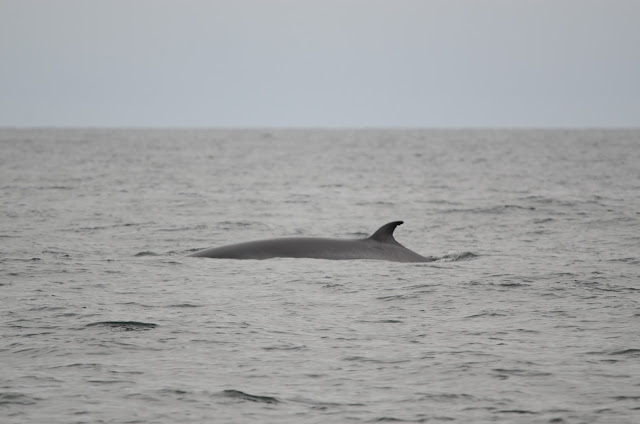