This has been the best year for Bottlenose Dolphins that I have ever seen, and to see as many throughout the season has been unbelievable.

It’s funny how every year the Farnes does something that amazes me, and not one year is ever the same as the other.

Last year it was the year of the Minkie Whale but this year the Bottlenose Dolphin has stolen the show for me.

There has been loads of feed around and this is why they are here and who can blame them, but the Farnes is not only the place they have been sighted. They have been seen south of Sunderland and up to Holy Island and probably lots of other places that I have never been told about.

They were being spotted nearly every week in May, June, July and then it went a little quite until mid September when there were a few sightings and again in October but it was 24th October when the biggest pod was witnessed just south of Staple Island and we followed them all the way back to the harbour.

They are all from the Moray Firth and I have heard people say that they are the Tay dolphins to but according to my sources the loosely termed “Tay community” are also found in the Moray Firth ID archive so that will do for me.

Its a bit of a slow process going through the pictures to identify them and when I have been getting a few minutes spare this is what I have been doing.

Here are a few of the dolphins I have come across

This mature male is called BAARACUDA and he has seen lots around the Moray Firth. 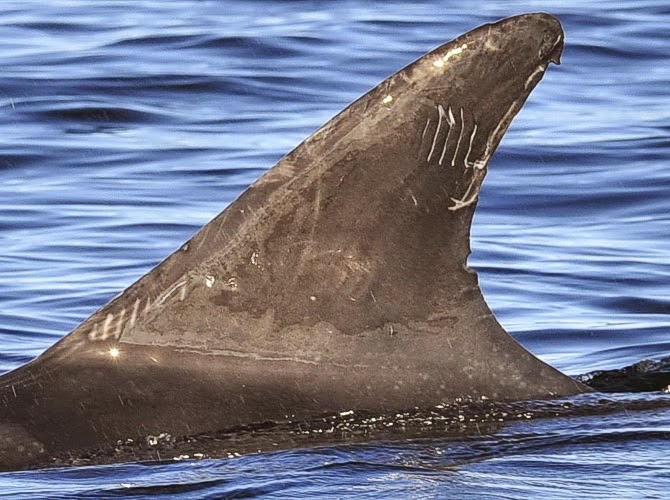 and this one below is called BLACK AND DECKER and he is also a mature male to but he’s rarely seen. 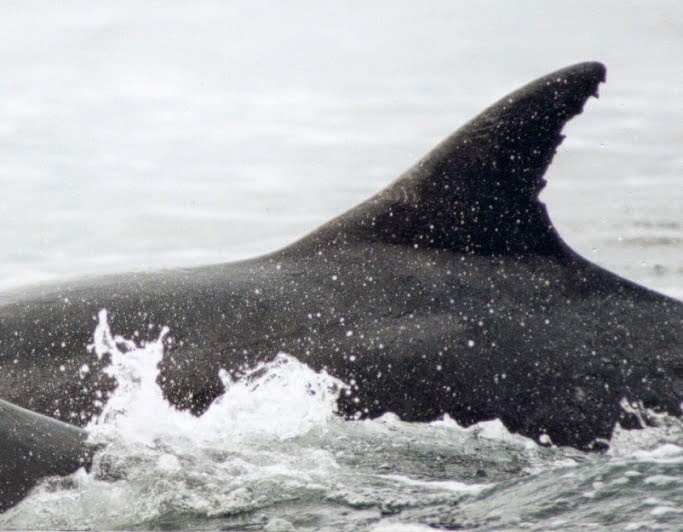 On the east and west coast of Scotland they have between 200-300 dolphins, so for us to have as many down here is amazing. I would say the most I have seen at one time 60/70 individual’s in one pod but most of the time 20/30 individuals in a pod which has been amazing really.

I have to say trying to identify the dolphins is a long and slow process and I do have a lot more but I would be hear for ever so I will sign off now and I hope you enjoyed my sighting from 2014 and hopefully 2015 will be just a good if not better.