I decided to get my arse out of bed early on Sunday morning to see if I could get a few pictures of the sunrise at Bamburgh.
I tend to get into winter mode and getting up at that time in the morning was a bit of a struggle I have to say, but I did and I was so pleased I did as it was just unbelievable.

I parked the van at Stag Rock and strolled down to the beach and walked to the area I wanted to be. I started to set up my gear and before I had even pressed the button a wave came in and went straight down my welly top. I danced like a little girl a her first party and if anyone had seen me they would have pissed themselves laughing.
As I danced away from the wave I realised that I had left my camera on it’s tripod so that could have knocked over and they it would have been a different kind of dancing.

Yes, if Dell Boy had been watching me would have called me a plonker too.

Bud (my dog) thought I was having a bit of fun with him and he decided to jump around too. What a pair I can tell you.

Drama over I moved up the beach a little bit and started to click away.

By the time I had finished it was really warm so I gave Joan a quick ring to say that I was going to walk back to Seahouses and enjoy the sunshine, plus give Bud a good walk too.

I strolled along the beach stopping all the time to take pictures. I really enjoyed myself and it was nice being on the beach at that time of the morning with hardly a soul around.

After arriving back at home I went straight to the computer to see how my pictures came out. Some were good but more were rubbish.

Never mind here is the final pictures for you. 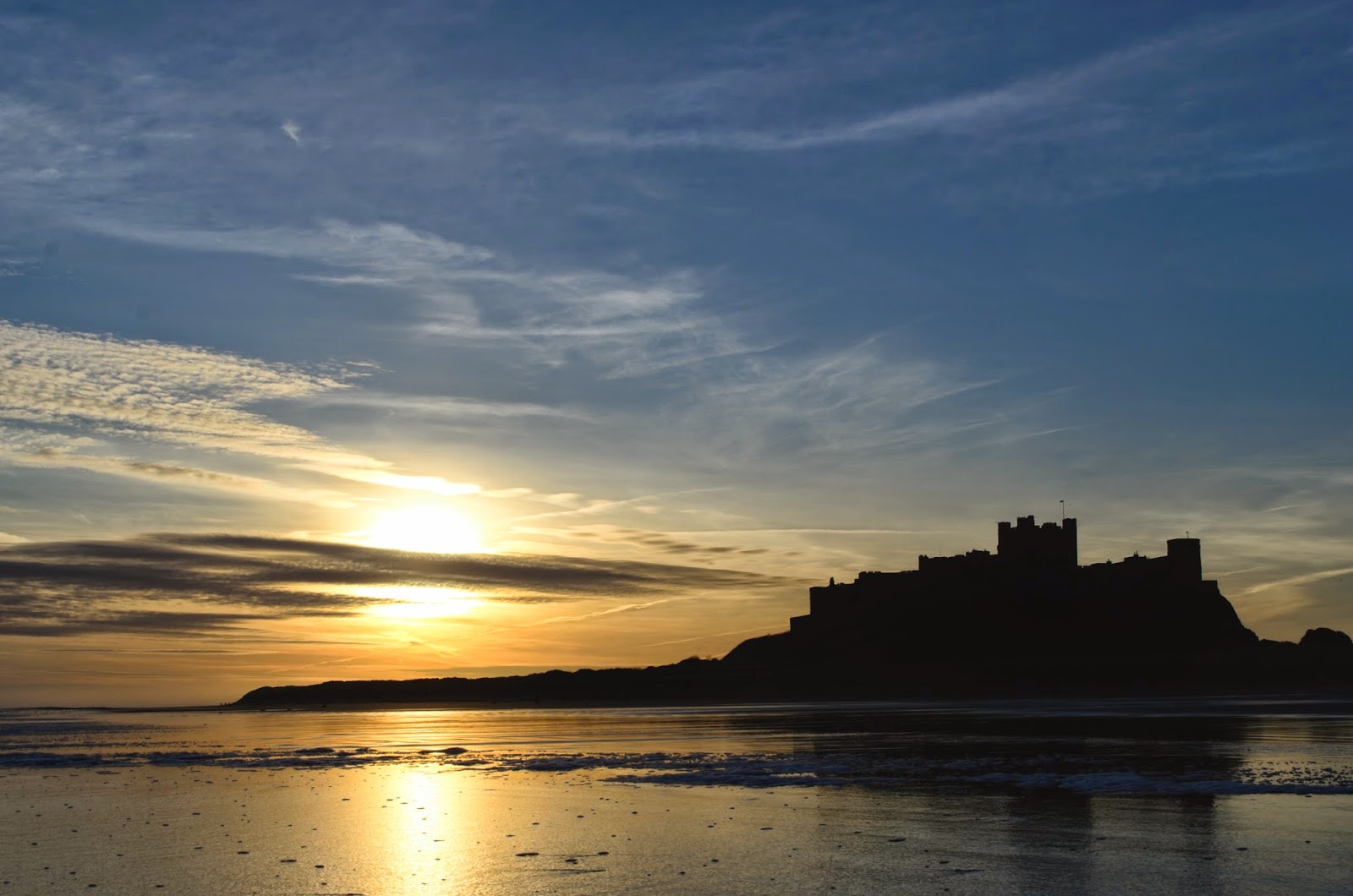 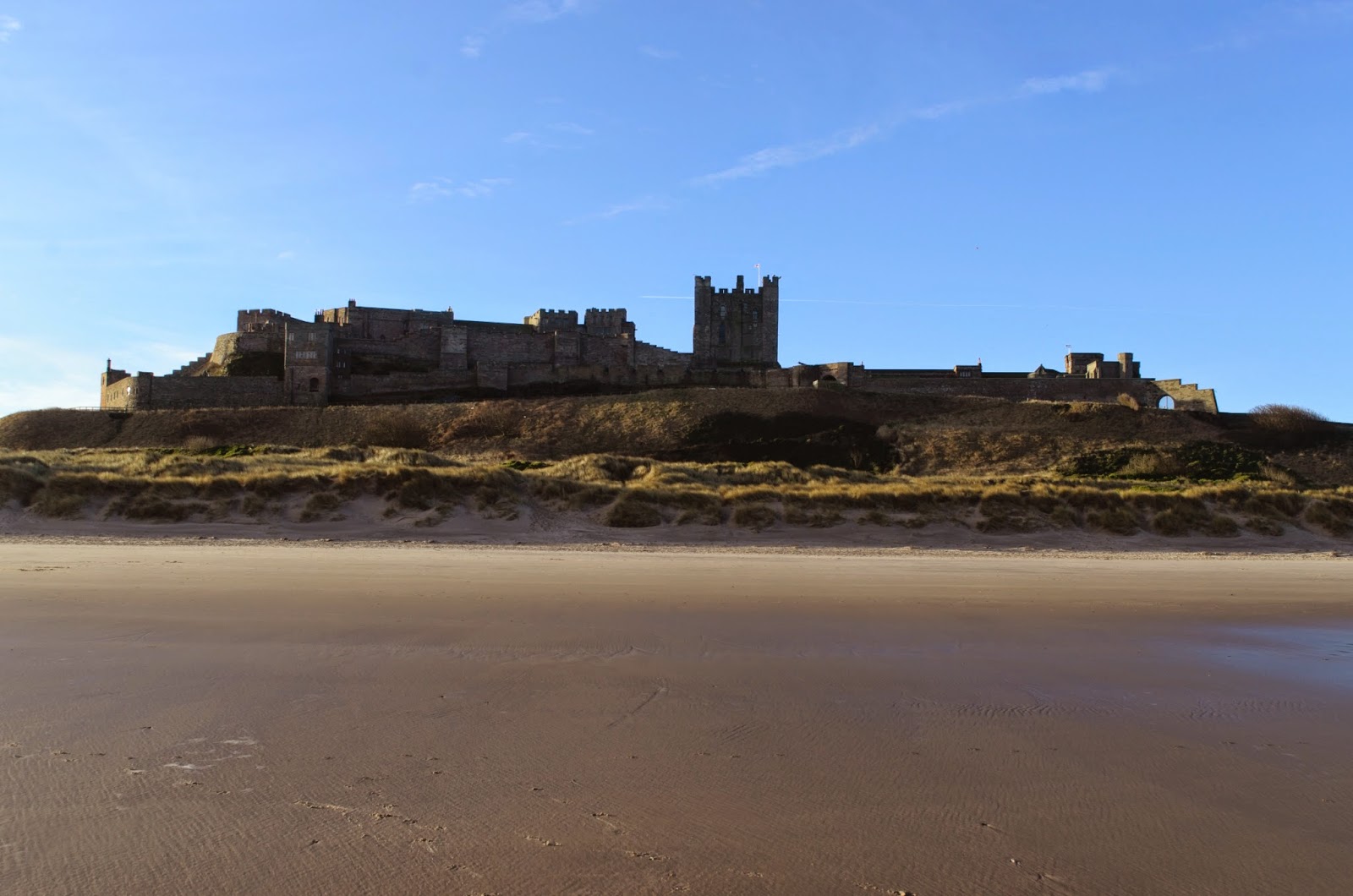 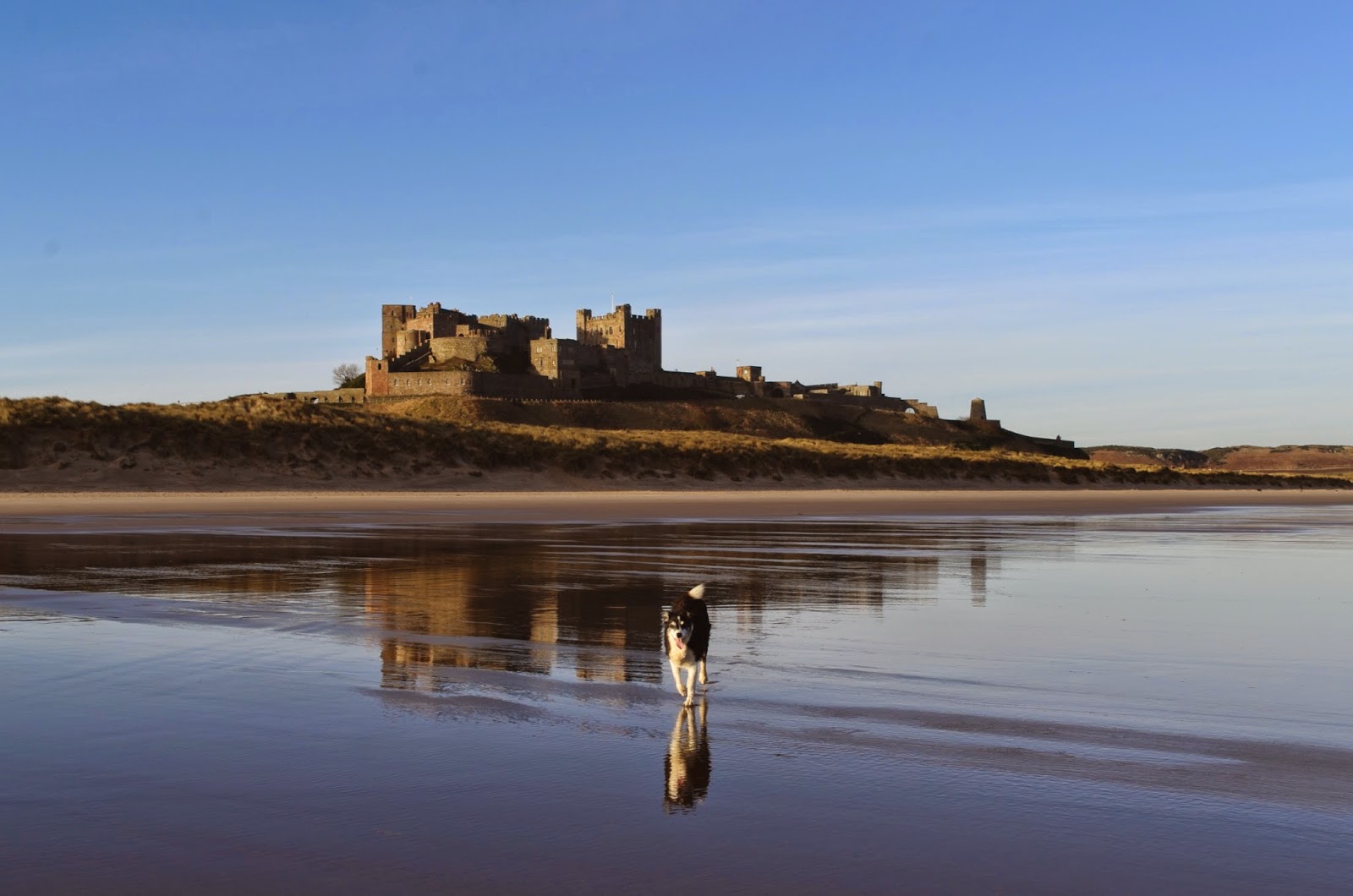 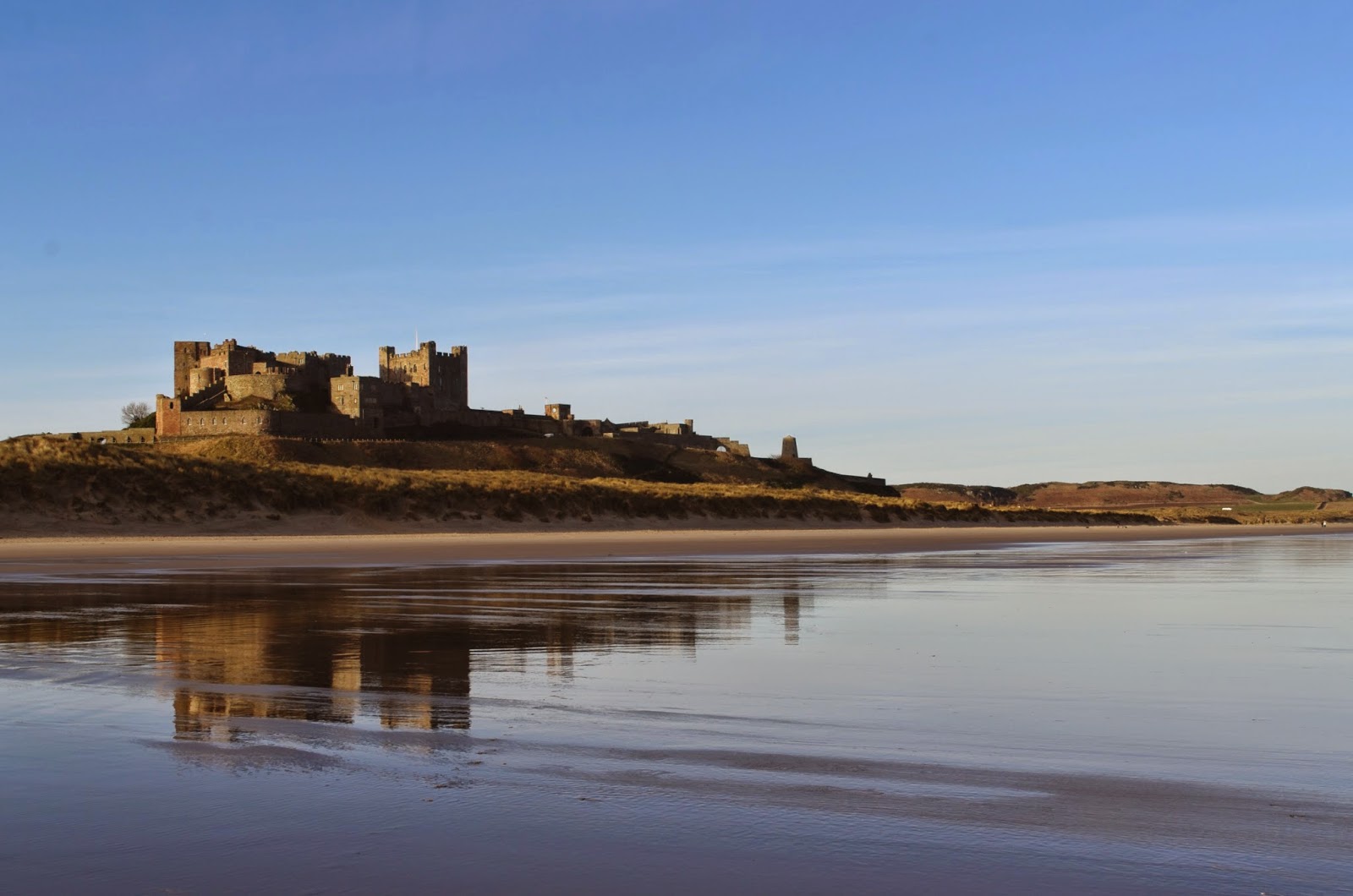 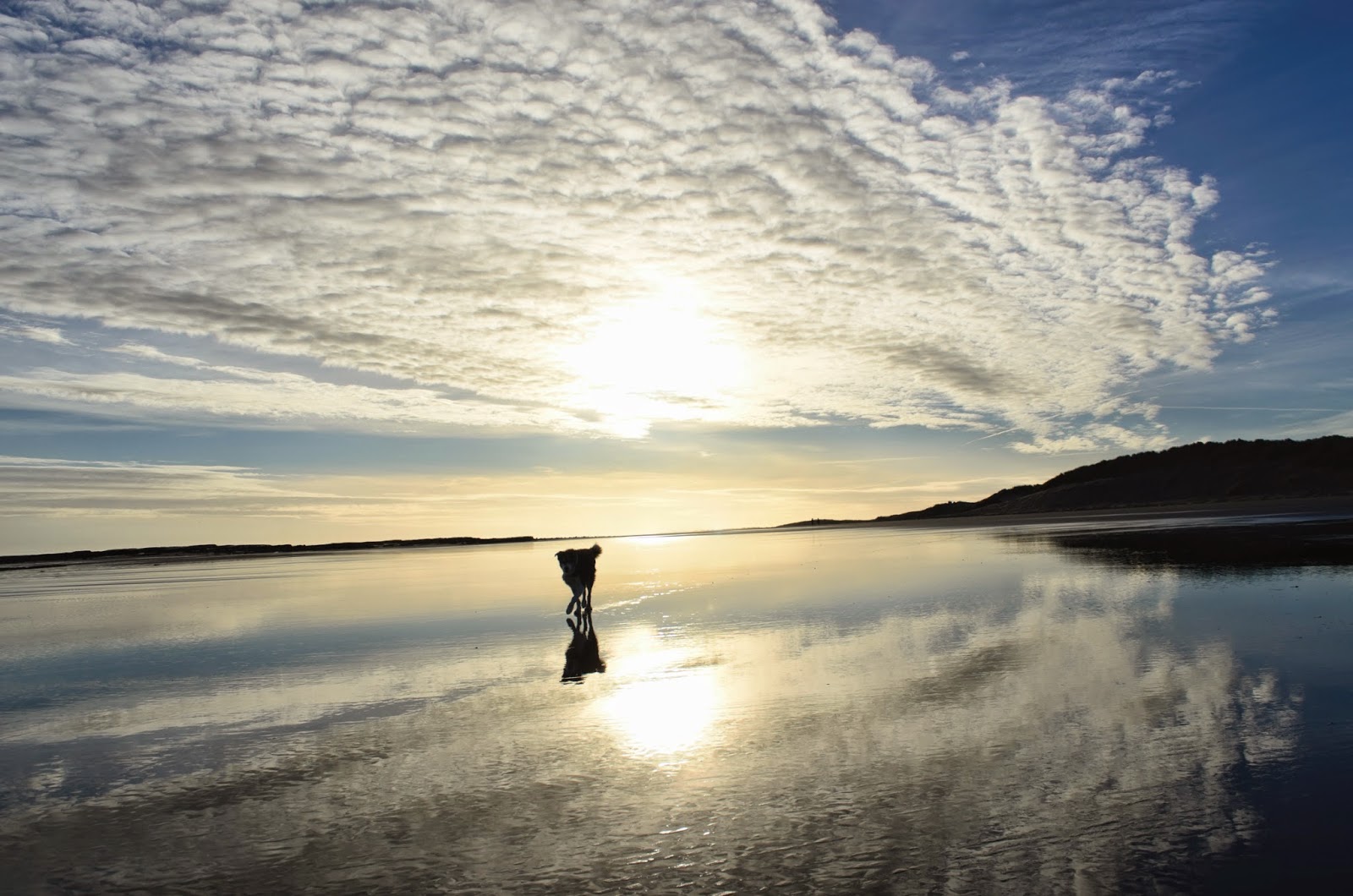 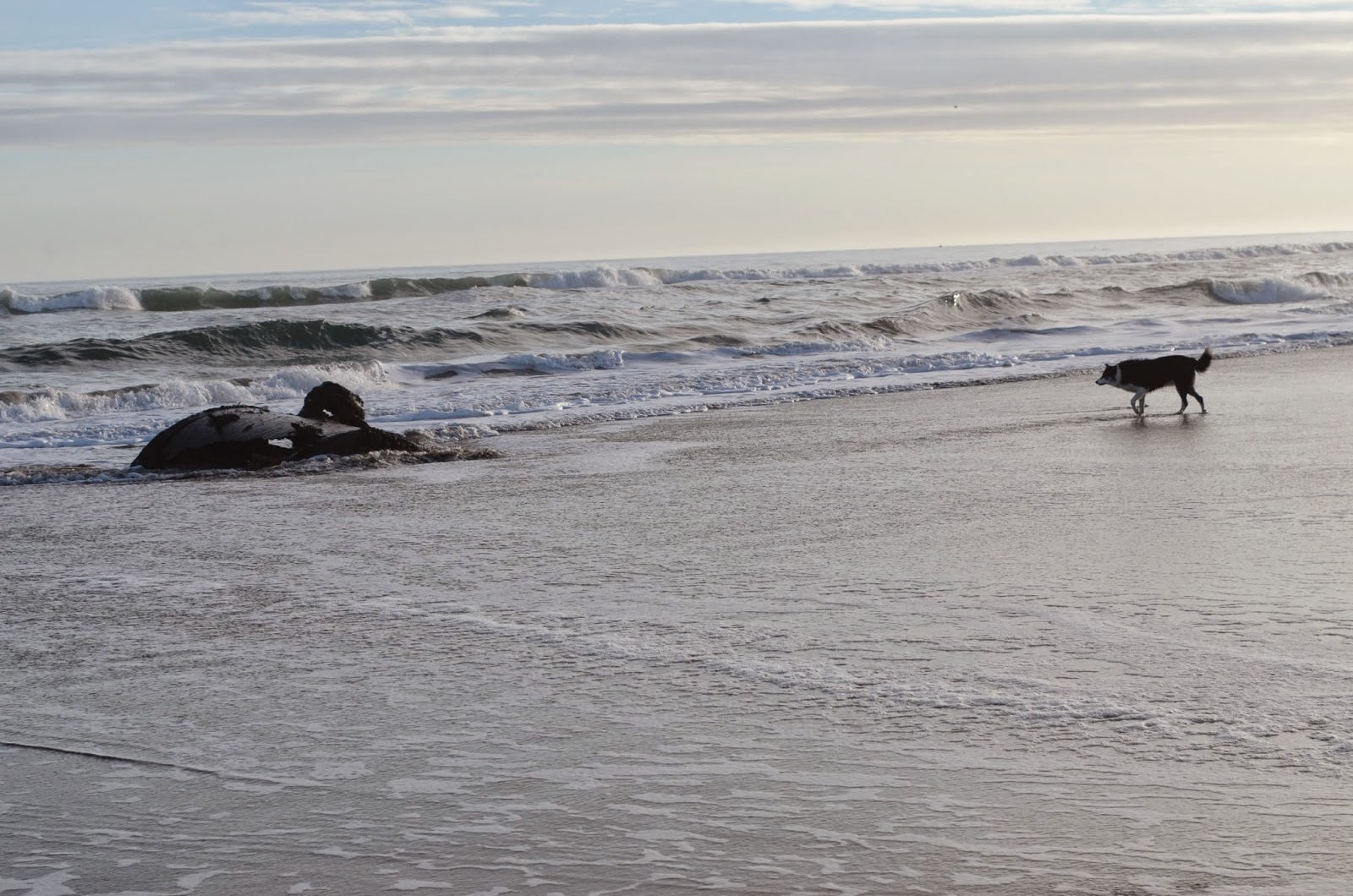 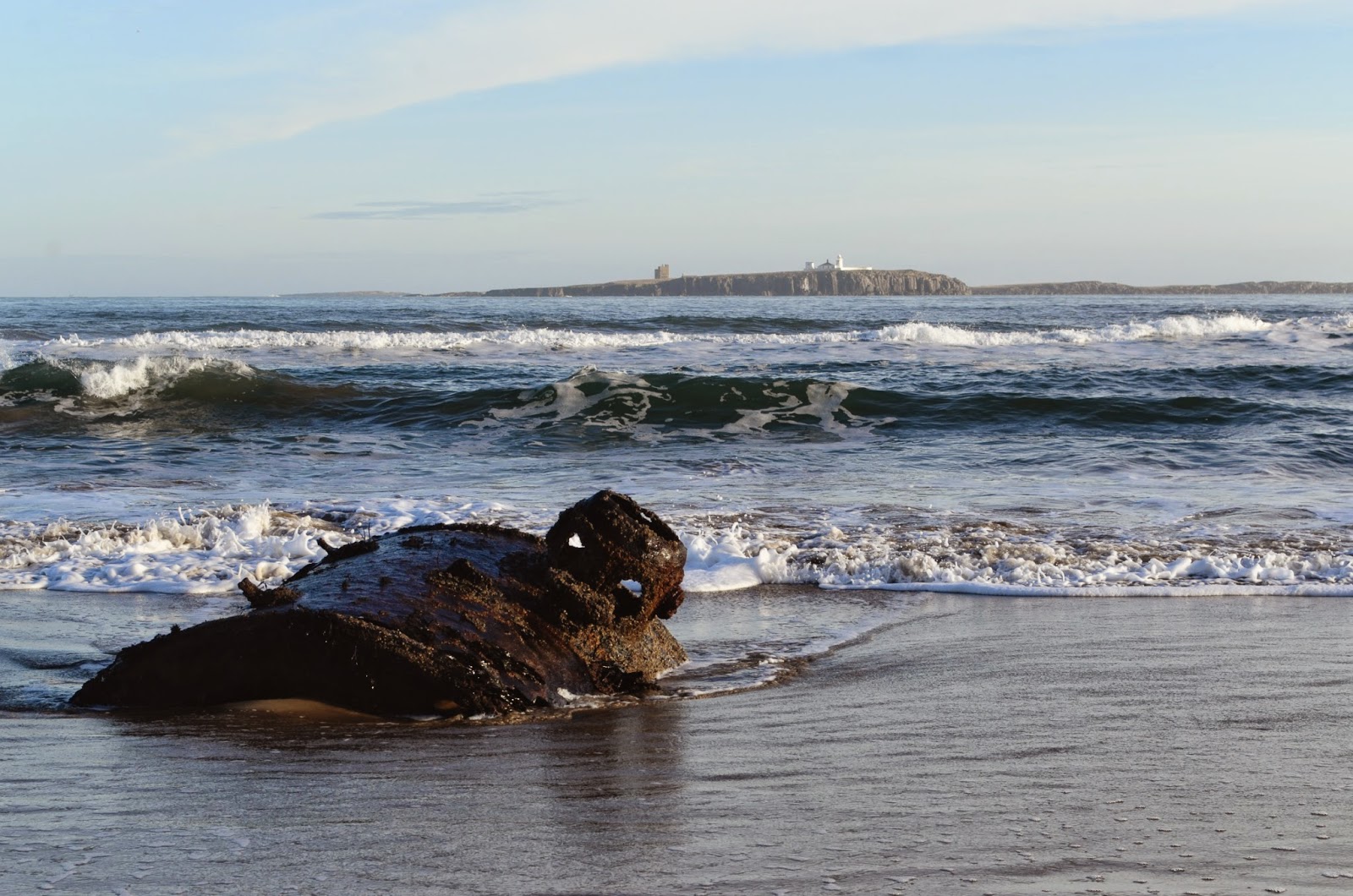