I was back on the water on Saturday and it was a beautiful day for a trip.

I had a few people wanting to go out so we all meet at 12pm and off we went.

It was lovely and warm, the sun was shining and the islands looked very inviting.

As we approached the islands we could see a good few Guillemots were flying past which is always a nice sight to see, the shags looked just beautiful in their green plumage and the crest of feathers on top of their head was standing proud.

As we approached Staple Island you could see that the Guillemots must have been here for a few days as the cliffs are starting to look white again. Just around the corner we saw lots and lots of seals enjoying the sunshine and who can blame them as it was just beautiful.

On Brownsman Island a few hundred Guillemots were enjoying the sun too but you could tell that they are not ready to stay just yet as the second we got closer they were off. I must admit I do love to see them when they fly over the boat in their droves. It’s quite a specular sight and one that I could never get bored off.

The Longstone Lighthouse was our next stop and it looked like it had weathered the storms well throughout the winter. Not that it ever does, as it’s built to last not like some things nowadays.

Back to Brownsman for some more good sightings of the seals and then we steamed across to the Inner Farne. On the way across a friend shout for me to stop as he had seen a Little Auk and it would have been rude not to stop and see the little fella. A Black Guillemot was also spotted in the distance but it was not hanging around.

As we arrived at the Inner Farne another Little Auk was resting on the water, so again we stopped to take a look. This Little Auk was very obliging and did not give a monkeys about us or the boat. In fact it came right up to the boat and touched it at one stage.

They are cracking birds and I do have a soft spot for them.

After that we went around the corner, along the cliff faces, under the lighthouse and then headed home, but not before looking at the Cheviot Hills covered in snow, which were really pretty.

It did turn cold as the sun started to drop, but what do you expect at this time of the year and I was not to worried as I was inside a nice warm wheelhouse. lol. 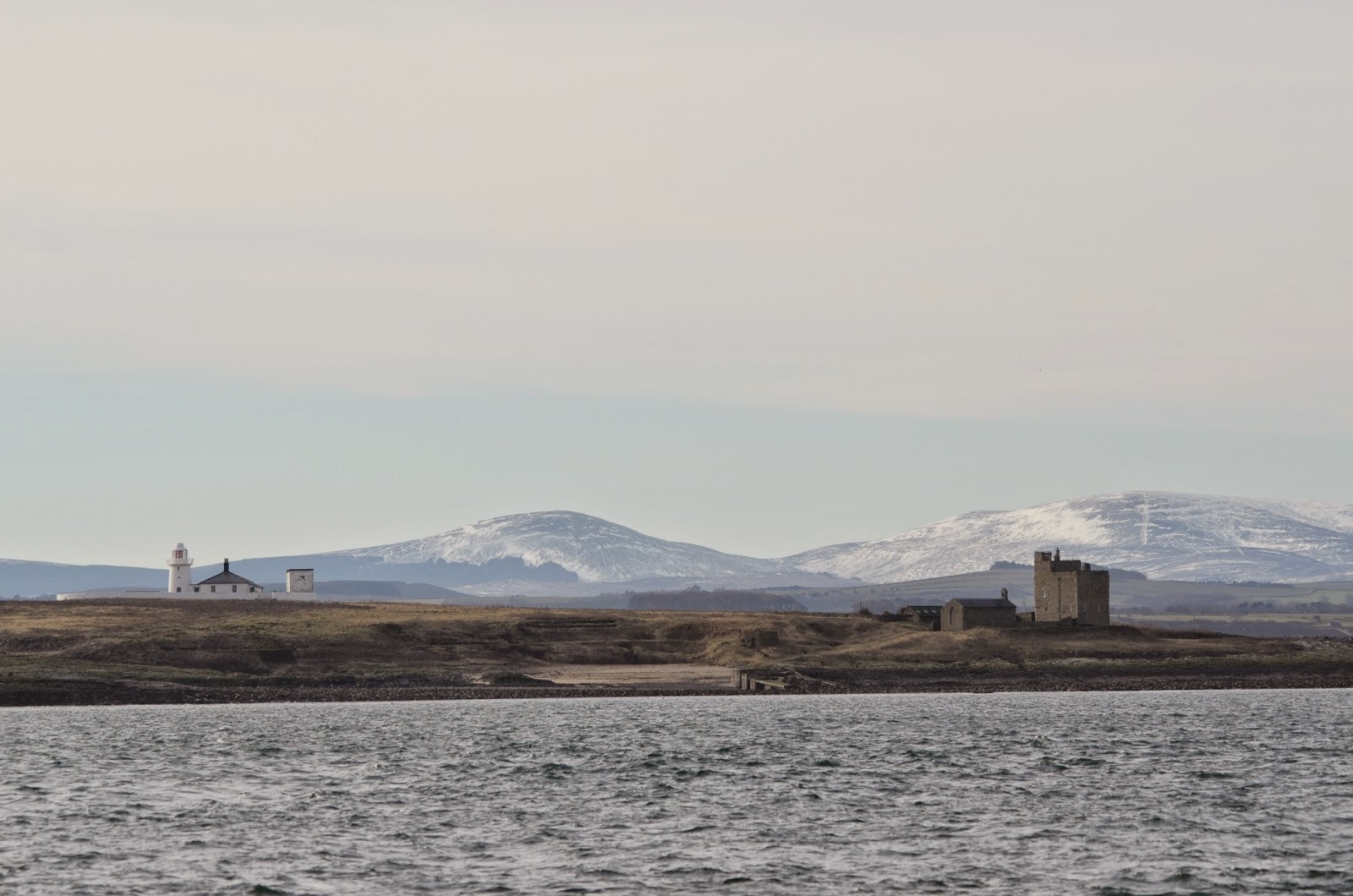 1 thought on “Good to be on the water”