I got a call from Gary on Tuesday evening to say that he was out with his camera and there was a little showing of the Aurora, but not enough to drag me out of the house just yet.

He also said that he might pop over to my house as it was blowing a gale, freezing cold and could do with a cuppa to warm himself up. 5 minutes later he arrived at the door with a bag in his hand and a Little Auk inside of it.

I was very surprised as I did not expect something like this and that time of the night.

He said, he was just about to go down onto the beach to take a few pictures when the spotted it out the corner of his eye. It was lively enough but looked a bit skinny. He asked me for a box and could I keep it in a warm place until the morning and we would let it go at the harbour.

We found a box and gently placed the Little Auk inside and then put the box a dark place where it could get some well earned rest.

Gary decided to give the cuppa a miss and head back out again to see if the aurora was showing again. He must have only been out 2 minutes when I got a call to say, come out now its starting to show well.

By the time I got there I missed the best of it but at least I got a little bit.

I got home around 1am and put my pictures straight onto the computer to see what they were like. (Not so good)

The cloud spoiled it and other comments from people further north said the same thing. Oh well at least we got a little glimpse of it.

The next day we took the Little Auk down to the harbour to let it go. It was very lively and looked well rested so we released it into the harbour. Hopefully this little fella will make it and it has a better chance now than it did when Gary first found it. 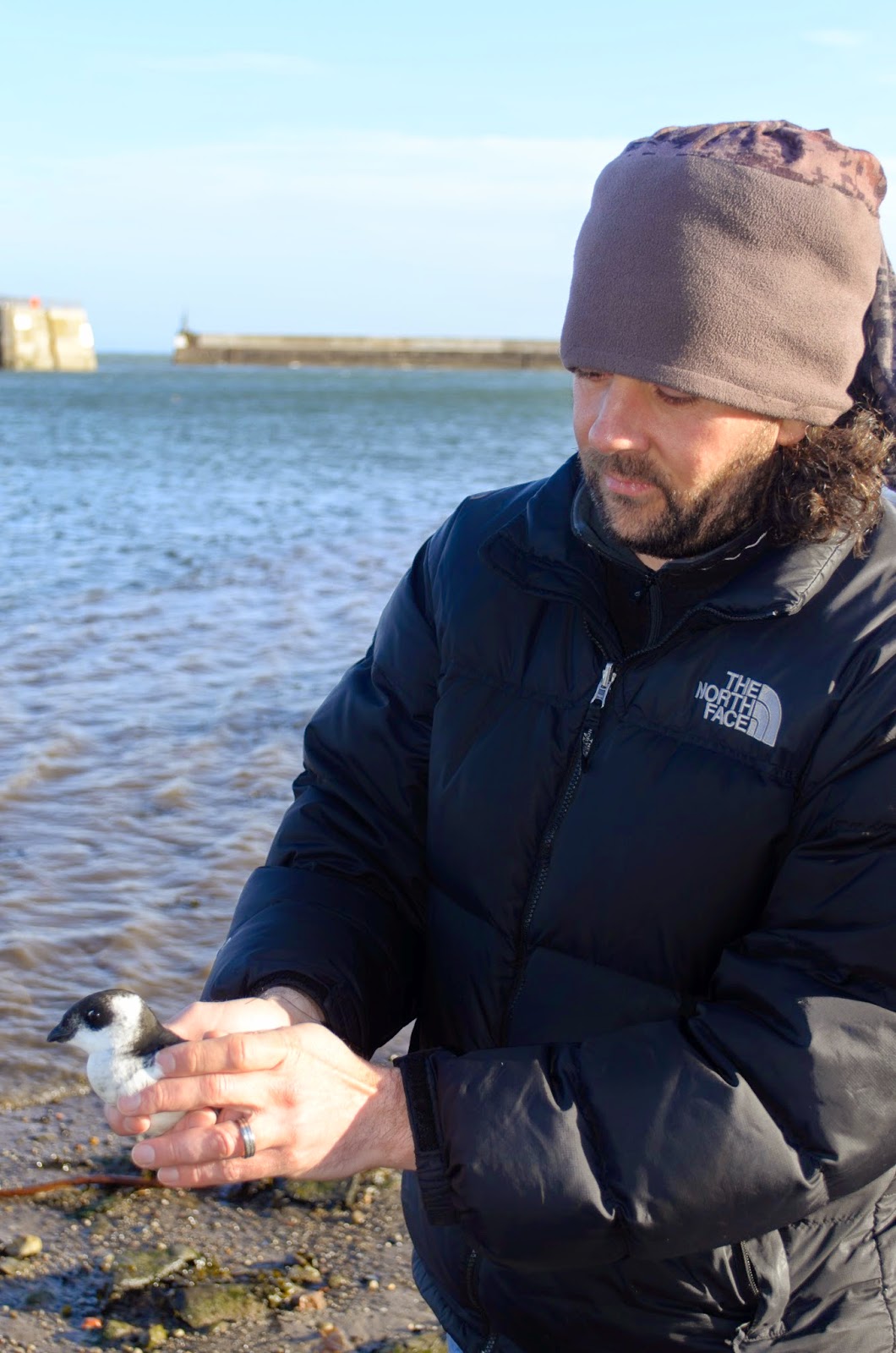 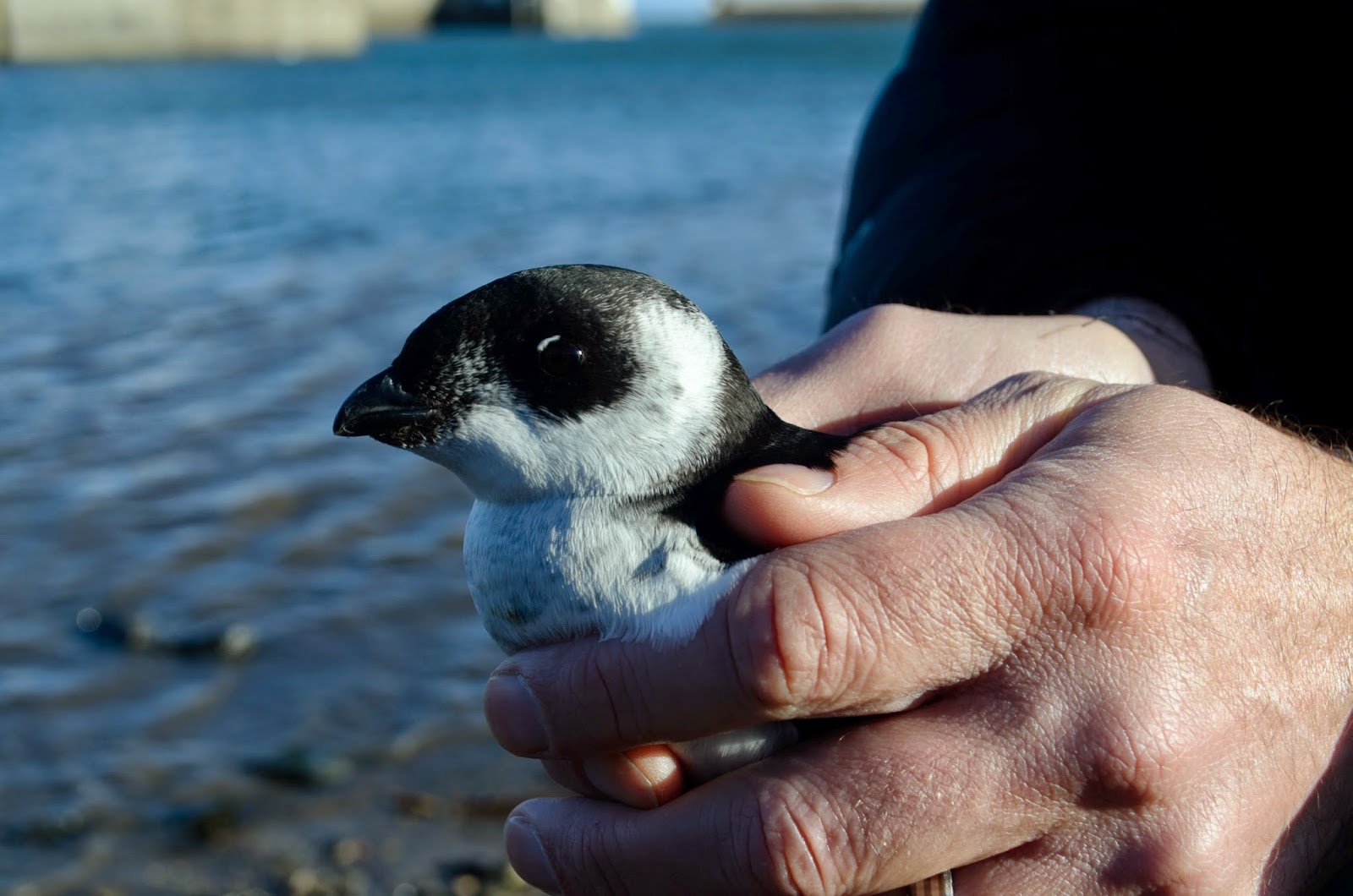